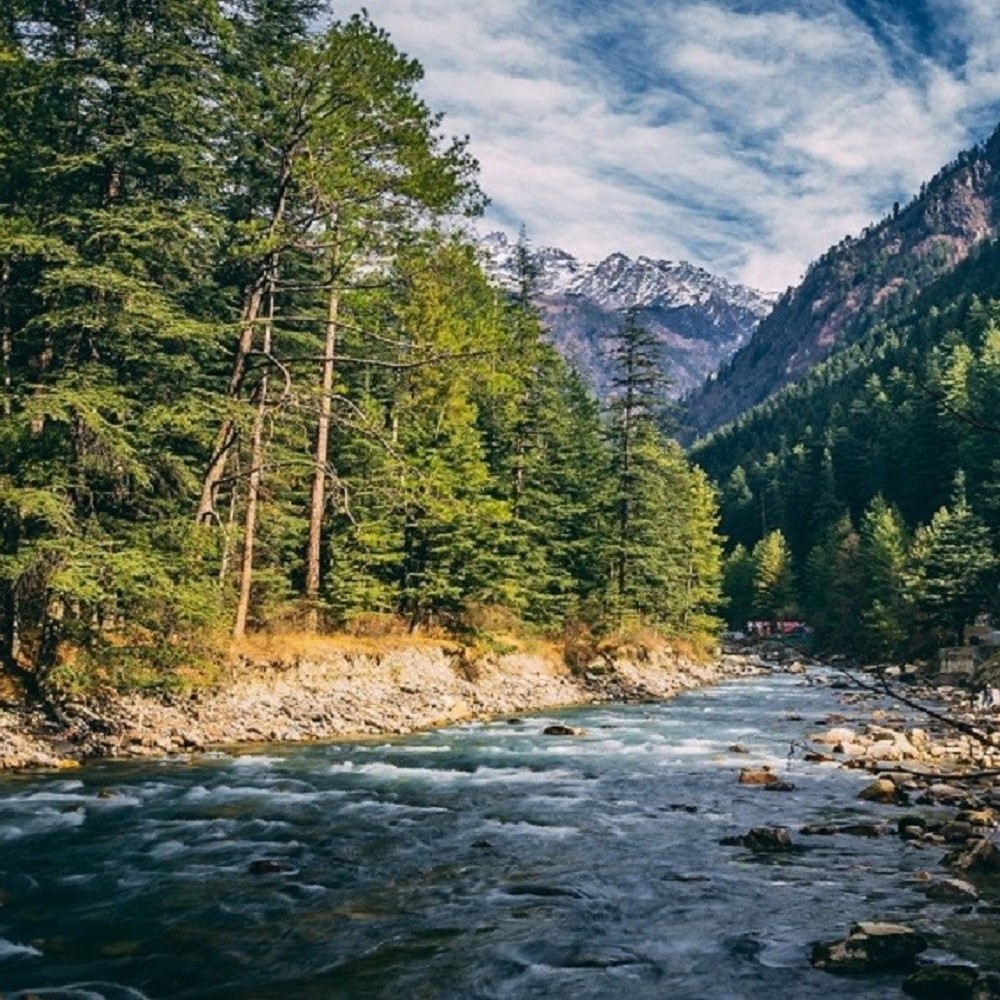 With lockdown period finally easing out, I was desperate to take in nature and its beauty… While travelling far and wide is still a distant dream, I decided to venture out on a road trip from Delhi to Chamba, the green valley of Himachal Pradesh. What followed was a dream come true.

On to the road – On the morning of July 1, I woke up at 3 am, dressed up and without wasting any further time, hopped in my car and started off for hills – a routine for a travel freak like me that had almost become a distant dream. Well, I started sharp at 4 am and hit the highway at 5. I wanted to complete the 607 kms distance in as little time as possible. The distance from Delhi to Chamba is ideal for a road trip that is best explored when you drive yourself and have no distractions. God only knows how much I dreamt of Mother Nature in the six months of lockdown.

You may halt at your convenience anytime, anywhere and enjoy your short break at small joints on the highway. I stopped many a times albeit for short breaks between Delhi to Chamba – either nature calls or to refill my tea mug. As I headed closer to the hills, I stopped a number of times, pushed my seats back, rolled down the window and enjoyed the beautiful sceneries on the way.

Being on the road is also about exploring food, cultures and practices on-the-go and the one route that has been my eternal favourite is the NH 44 which connects Delhi to Chamba. Be it Murthal’s legendary dhabas, or the famous Haveli, or small little dhabas that serve piping hot paranthas, pakoras and tea – the legendary dhabas throughout the route ensure that there is never a dull moment on this lovely drive.

Between Chandigarh and Mandi if you wanna eat, stop at a place where you see a lot of truck drivers eating, simply call for dal fry, gobi aloo and tandoori roti…. you will not go wrong. Carry tissue packets as a lot of small dhabas in this belt may not have one.

I concluded my Delhi to Chamba trip at 7 in the evening, and what followed was a quiet bonfire night in the balcony of the quaint little hotel I checked into. The morning of the next day began with exploring the valley of love.

A small town in Himachal Pradesh, Chamba sits at the height of over 996 meters on the bank of the river Ravi, and is known for its spectacular temple architecture and splendid natural beauty. The town is situated amongst beautiful valleys and has tourists visiting the place throughout the year. The area has rich flora and fauna in the Sub Himalayan ranges and is known for a pleasant climate throughout the year. The temples, lakes, and wildlife sanctuaries in the region make it an ideal tourist destination. This place is also known as the Land of Shiva. It has a serene and untouched natural beauty. There are five lakes, five wildlife sanctuaries and numerous temples in the region. It is famous for its Pahari paintings which originated between the 17th and 19th century and its handicrafts and textiles.

The summer season begins in the mid of April and lasts till the end of June. The Climate remains pleasant during this period. The weather during the day is warm and nights are comparatively cool. The temperature during summers can rise up at a level of 37°C. The monsoon begins in the end of June and continues till mid-September. The weather during this time is misty and cloudy. The valley appears really beautiful during this time with freshly washed leaves shining in the bright sunshine. The winter season in the valley is extremely cold as the temperature remains low and reaches below freezing point, due to the chilly winds in the area. Peak winters are from December till February. Occasional snow fall may also occur during this time. The minimum and maximum temperature recorded during this season is 0 °C and 15 °C correspondingly. The best season to undertake the road trip from Delhi to Chamba is all throughout the year.

Gaggal airport in Dharamshala is the nearest airport at a distance of 185 km. The other Airports are Amritsar (230 km) & Jammu (230 km). Flights from Chandigarh, Delhi and Kullu connect Gaggal airport. Pathankot is the nearest railhead at a distance of 118 km. Trains from Ahmedabad, Bhatinda, Delhi, Hatia, Jammu, Udhampur, etc., run regularly to Pathankot. Chamba is well connected by road to most neighboring regions and major parts of Himachal Pradesh. Regular private and state-owned buses from Bharmour, Khajjiar and Dalhousie ply to Chamba.

Akhand Chandi Palace: Akhand Chandi Palace in Chamba, Himachal Pradesh, is a living example of Raja Umedh Singh’s architectural skills and knowledge. At an altitude of approximately 996 m above sea level, Akhand Chandi Palace forms a perfect example of India’s vibrant past, which has been beautifully preserved and restored to capture the attention of globetrotters. It was built by Umedh Sigh, sprawling over acres of greenery, to serve as his residence. While the green color roof is the distinct feature of the palace, other structures like hand painted walls, delicately carved doors, spread out wood and glass work and window frames make it a perfect example of a colonial type building. Later the palace was redesigned, renovated and modernized by Raja Sham Singh with the aid and assistance of British engineers. The Zanana Mahal and the Darbar Hall was then added to the building in order to expand and beautify it. However, the Palace was sold to the Himachal Pradesh government in 1958 which was then converted into a college building. The splendid views of Chaugan, Sui Mata, Chamunda Devi Temple, Laxmi Narayana Temple, Rang Mahal, Bansi Gopal Temple and Hari Rai Temple from Akhand Chandi Palace are something which cannot be missed. It is bordered by abundant greenery that keeps the environment cool and pleasant throughout the year. 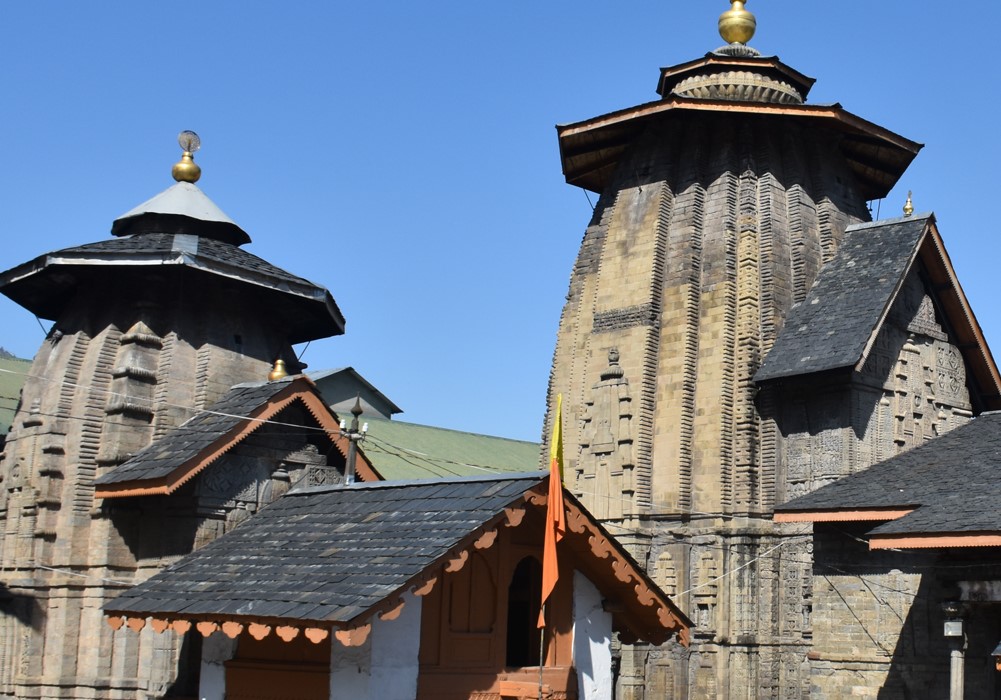 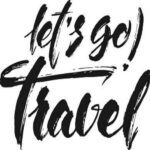 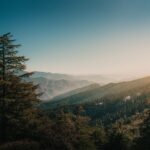