Gateway to the royal state of Rajasthan, the capital and the largest city of the state, Jaipur is the first planned city of India. Popularly known as Pink City, Jaipur is a great mix of culture, heritage and modernity. Part of the golden triangle Delhi-Agra-Jaipur, the city attracts travelers not just from India but across the globe.

The terracotta shade of wall colors of the old city, the architecture of the forts, temples, palaces, history, clothes and food keep the visitors spellbound. The city aptly depicts the Rajputana culture and tradition with famous forts and palaces like the Amber Fort, Nahargarh Fort, City Palace, Hawa Mahal and Jantar Mantar.

Shopping and food are the other key attractions for any traveler as Jaipur is extremely popular for its tie and dye fabrics, handicrafts, artifacts and exquisite silver jewelry. The popular Dal Baati Choorma, Gatte ki sabzi and other Rajasthani delicacies keeps you asking for more. The city is extremely popular for its varied and colorful festivals like the Elephant festival, Teej, Gangaur and Dusshera festival.

The best time to visit Jaipur is between October to March when the weather is cool and pleasant.

The city experiences extremely hot summers with high humidity and pleasant winters which makes it an apt time to travel. The nights are usually cool and pleasant throughout the year.

The Jaipur railhead connects it all the major cities in the state as well as nearby cities of Agra and Jaipur. The quick service of Shatabadi Express makes Jaipur an easily accessible destination both for leisure as well as business purposes. About 29 direct trains ply between Delhi and Jaipur.

There are also state transport, private bus services and cabs that connect Jaipur both from Delhi as well as Agra. The distance by road is about 268 kms which takes about 6 hours to reach.

The beautiful and colorful city of Jaipur has a lot to offer in terms of sightseeing. In the heart of the city lies the magnificent blend of Rajasthani and Mughal architecture, the City Palace Complex. The Palace is built on a vast area with many buildings, well planned gardens and huge courtyards as part of the complex. The outer wall of the Palace was built by Maharaja Jai Singh and there were many additions done till 20th century. Maharaja Sawai Madho Singh II got Mubarak Mahal constructed to welcome dignitaries which is like a reception area. Mubarak Mahal is now part of the Maharaja Sawai Man Singh II Museum which houses an array of costumes of the royal family like Chogas, pyjamas, embroidered shawls, Banarasi silk sarees, jamawars, kamarbands, etc. There are also musical instruments like sarangis, tanpuras of huge sizes displayed in the museum. The place also has on display the costumes of Maharaja Sawai Madho Singh I who was just over seven feet tall, about four feet wide and weighed about 250kgs. Chandra Mahal is the only part of the complex that is inhabited and is occupied by the royal family. The ground floor of the palace, open to visitors, has some exhibits. In the courtyard outside is the elegantly designed Peacock Gate.

Jantar Mantar, which is one of the five observatories built by Maharaja Sawai Jai Singh, is just across the road from the City Palace. Built by stone this beautiful observatory complex comprises of astronomical instruments which continue to provide fairly accurate information even today. It also houses two Ram Yantras for gauging altitudes.

Adjoining the outer wall of the City palace is the Palace of Winds popularly known as Hawa Mahal. Offering some of the most outstanding views of the city, Hawa Mahal is an incredible structure overlooking one of the main streets. Built in the 18th century on the orders of poet king Sawai Pratap Singh, the landmark five storey structure was designed to provide adequate vantage position behind the stone carved mesh like screens. It was primarily created for the women folk of the palace to watch royal processions passing through the main bazaar. The Mahal now has a museum with a great collection of artifacts, handicrafts, sculptures, coins and paintings. One of the main features of the museum is Jaipur’s past and present.

The sprawling Ram Niwas garden on the outskirts of the city houses the Albert Hall Museum which was opened in 1887 A.D. The magnificent museum displays a rich collection of paintings, carpets, stones, ivory, metal sculptures and many other things.

Built in red sand stone and white marble is the awe inspiring Amber Fort and Palace which is situated about 10 kms away from the main city. The ancient capital city has a beautiful lake adjoining the majestic fort. The magnificent fort was built by Raja Man Singh, the Rajput commander of Mughal Emperor Akbar’s Army which houses halls, pavilions, temples, gardens and palaces. Built in the typical Mughal style is the Dil-E-Aaram garden. Diwan-e-khas, an open arena for public meetings comprises of huge galleries and double row of columns having a capital in the shape of elephants on top. The glittering Jai Mandir has a ceiling of mirrors and elegantly inlaid panels. Just opposite to it is the Sukh Niwas with a sandalwood door inlaid with ivory and a channel which once carried cool water. The women apartments were designed in a manner for easy access and entry of the Maharaja to various chambers without any of the concubines aware of any visitor.

Built in 1734 is the Nahangarh Fort, the first of the three forts in the city offering stunning views of the city down below both during the day as well as in the night. The place is extremely popular for the Harshat mata Temple and the astounding step wells known as Baoris.

The Govindji temple of Lord Krishna is another popular tourist spot in the city. The temple was built in such a way that the king could see the deity from Chandra Mahal which is situated bang opposite the temple. The complex is surrounded by beautiful gardens and palaces. The statue of the deity Govind Devji was originally installed in a temple in Vrindavan and then brought here.

Shaped like a Scottish castle, is the privately owned hill top fort of Moti Dongari. It is another important tourist spot in the city. There is a Ganesh temple and Laxmi Narayan temple built in white marble at the foot of the hills.

Associated with the saint poetess Mirabai, housing the idol of Lord Krishna is the Jagat Shiromani temple. The beautifully carved temple is a great piece of architecture and a key tourist attraction. In the vicinity is the old temple of Narsinghji and a step well named Panna Mianki Baodi.

Built by Sawai Ishwari Singh in 1749 is the highest structure in Jaipur called the Swarghashuli or Isar Lat. The tower which was built on the western side of Tripolia Bazaar was constructed to to commemorate an important victory by the Maharaja.
Housing many beautiful and attractive dolls from across the globe is the Dolls Museum which is another key attraction not just for the tourists but for the locals as well.

Built by Sawai Jai Singh for his Sisodia queen is the Sisodia Rani Bagh with a tiered multi level garden housing fountains, water courses, painted pavilions and flower beds. The garden is situated on the Jaipur-Agra Roard about eight kms away from Jaipur.

Just before the Sisodia garden is the Vidyadhar garden named after the chief architect and town planner of Sawai Jai Singh II. The main attraction of the garden is the lightening of the lights in the evening concealed at the base of the surrounding hills.

About 10 kms east of Jaipur amidst the hills is situated Galta. There is a sun temple situated on the hill top overlooking the valley and towards the east of the temple is a water tank or a reservoir which is fed by a spring of pure water falling from an outlet shaped like the mouth of a cow or Gaumukh.

There is also Birla Planetarium and Auditorium on the statue circle spread over an area of 9.5 acre and is made of white marble.

Some of the key places to visit near Jaipur is the Ranthambore National Park which is about 130 kms away from the city and was the hunting ground of the Maharajas of Jaipur. The beautiful National Park is a complete delight for wildlife enthusiasts. Popular for its havelis, mosques and mansions is a place called Tonk. Other places include Sariska National Park, Karauli, Bairath, Bagru, Samode, Ramgarh and Sanganer.

The shoppers delight Jaipur actually offers tourists an opportunity to watch the skilled artisans working and producing items one wishes to buy. The key market places include Jauhari Bazaar, Badi Chaupar and M.G. Road. If you wish to see the artisans of minakari, kundan work, gem cutters, ornament makers at work then visit the workshops at Jadiyon-ka-Rasta, Gopalji-ka-Rasta, Haldiyon-ka-Rasta and the adjoining lanes. 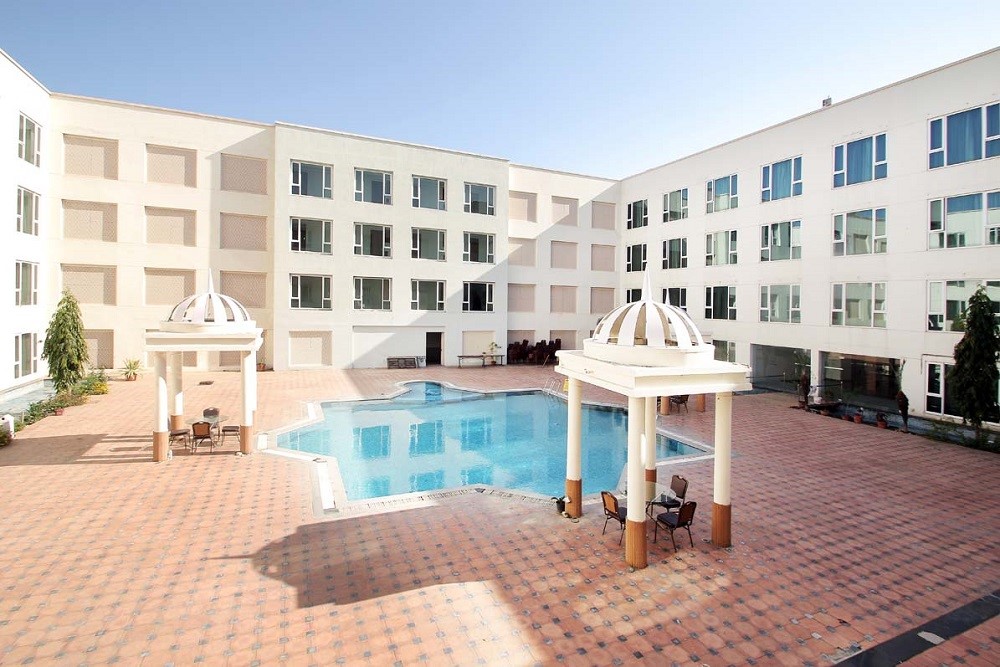 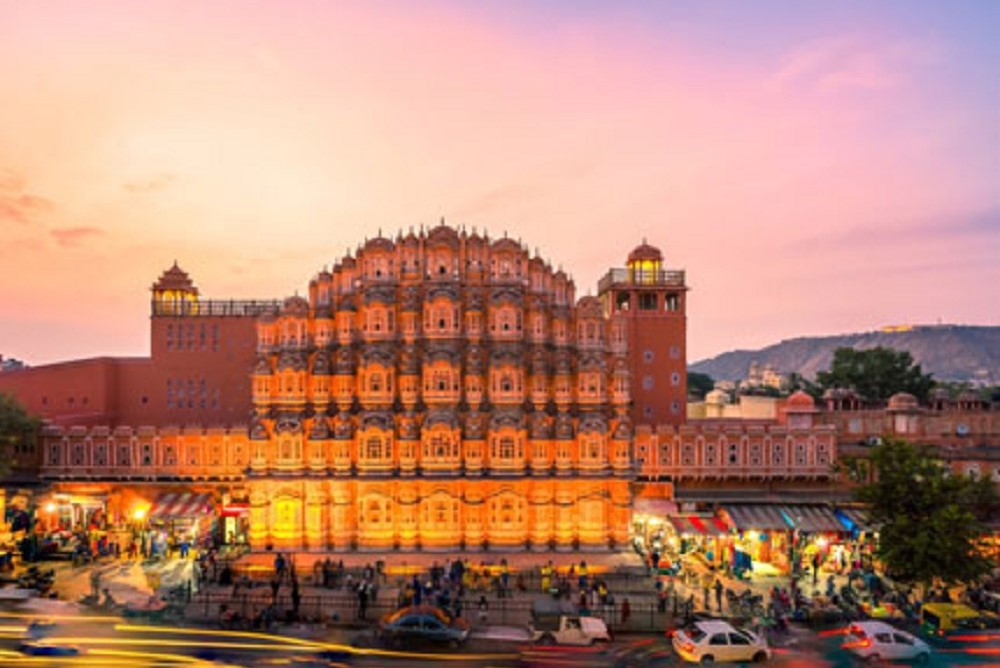 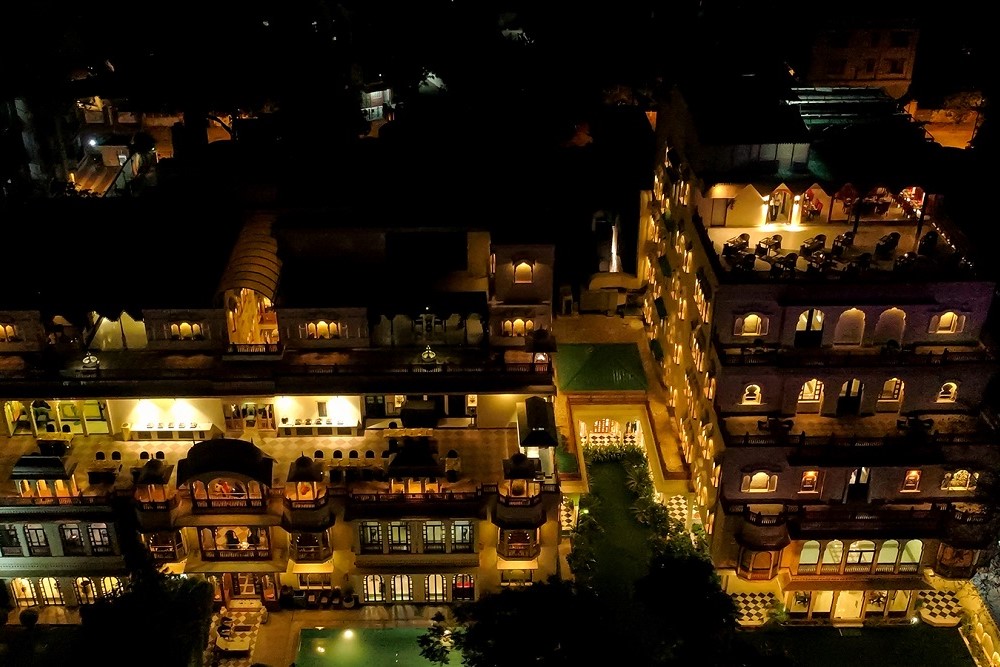 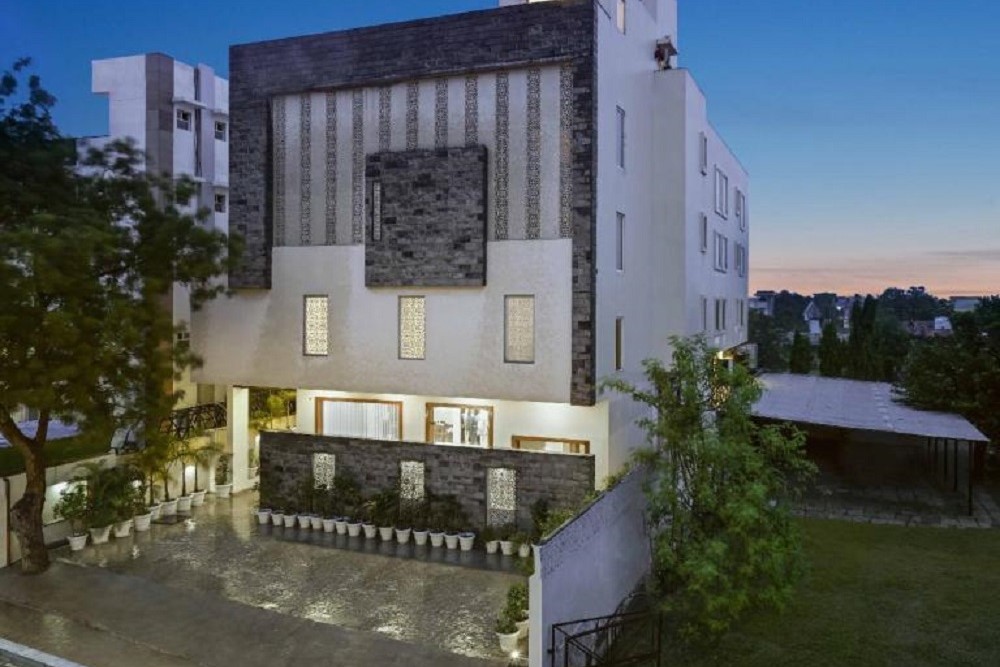 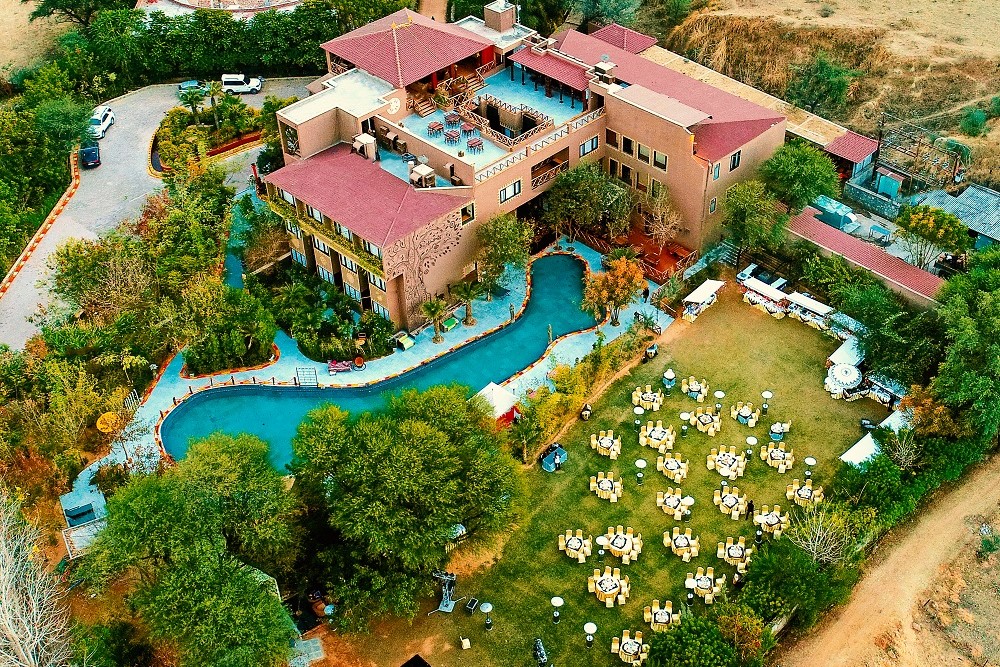 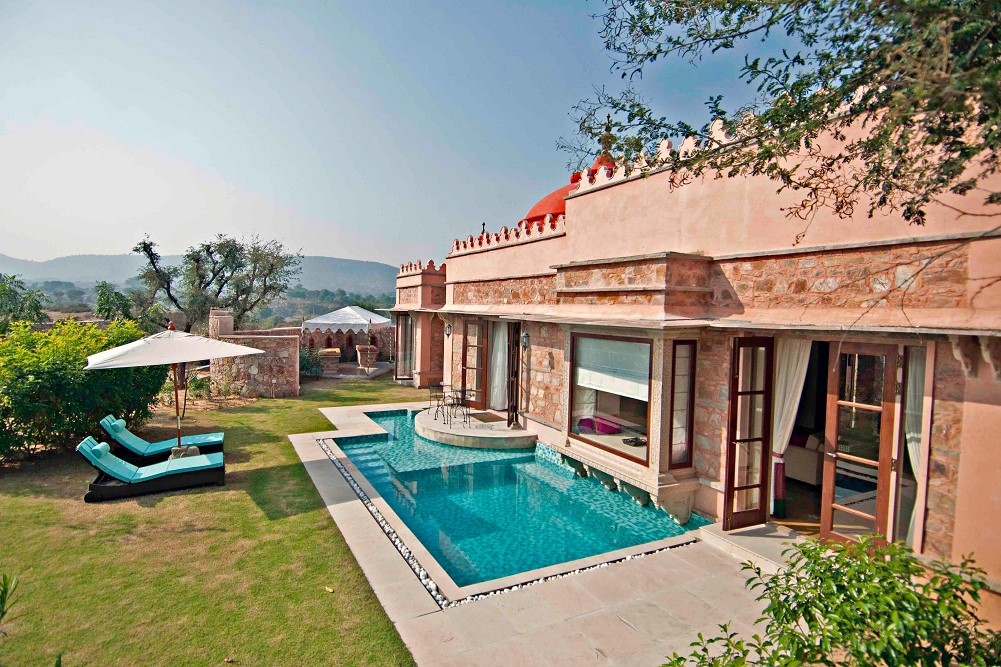 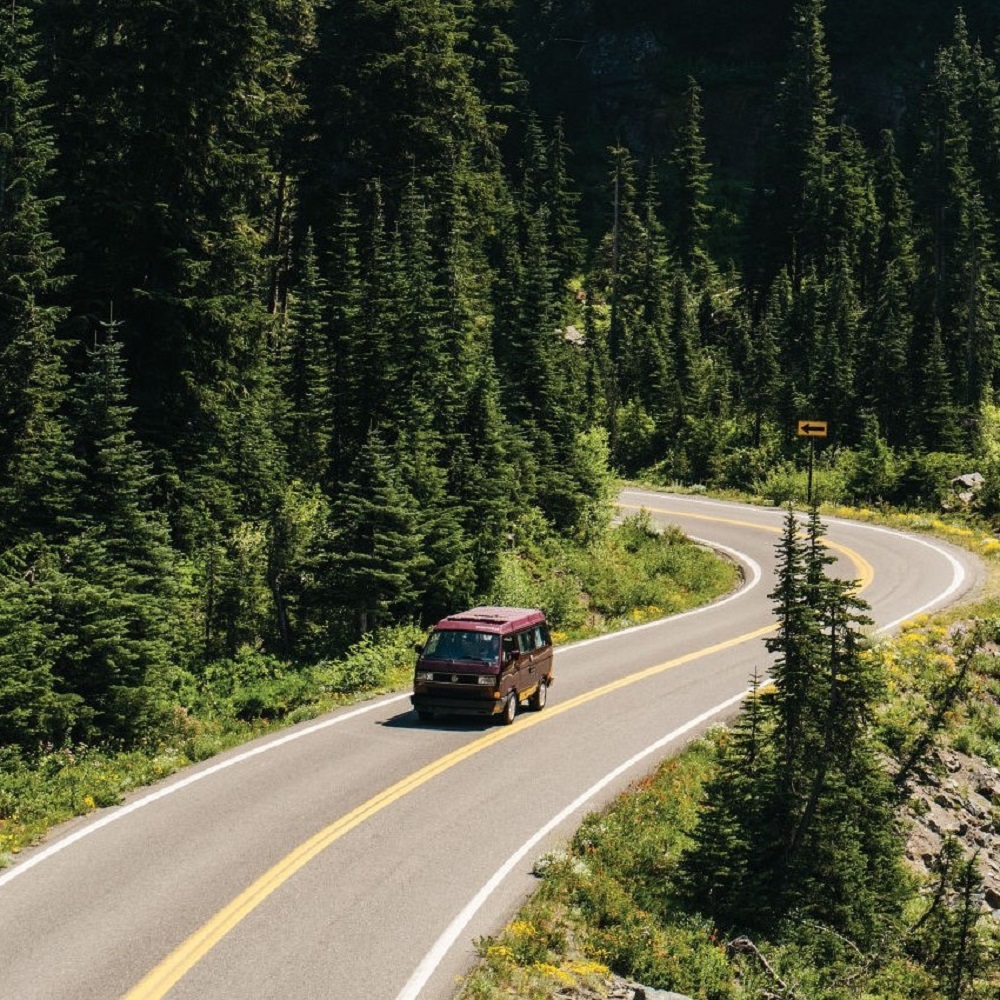