A chief of the Rathore clan by the name of Rao Jodha laid the stones of Jodhpur way back in 1459. Today it serves as the second largest city of Rajasthan where mild golden desert, historical monuments, old narrow alleys and small villages narrate the culture, custom and geography of the state. The sight of vivid blue-painted houses and roadside jalebis cast their own distinguished spell to visitors. Both are to be seen, tasted and experienced during a stay in the “Blue City of India”.

Jodhpur usually deals with severe climatic changes. The category of these changes can be defined as dreadfully hot and parched summers with chilly and frosty winters. The months from October to March are the best time to visit Jodhpur.

Winter season in Jodhpur: Winters are generally considered as the best season to visit Jodhpur. The atmosphere is very enjoyable during this time. The temperature ranges in between 7°C to 24°C. Tourists increase their crowd here to have fun and to experience the best out of the winter season.

Being an important tourist destination of north India, Jodhpur enjoys good road, rail and air connectivity with rest of the country.

Jodhpur by Road: Direct buses from Delhi and Jaipur make road connectivity with Jodhpur convenient. Government run Volvo coaches as well as numerous private deluxe and luxury buses are available on this route.

Jodhpur by Rail: Trains from places like Delhi, Mumbai, Chennai, Kolkata and Jaipur and several others serve the city of Jodhpur. Apart from regular express and mail trains, the luxurious Palace on Wheels also caters to Jodhpur city.

Jodhpur by Air: The main airport of the city is just 5 km away from the focal point of the city. Jaipur, Delhi, Udaipur and Mumbai are well networked with frequent flights on a daily basis.

With the names of many attractions in Jodhpur reaching the ears of foreign tourists, the city has attained international fame and glory. In short, Jodhpur is a labyrinth of medieval streets, bazaars, modern city walls, architectural masterpieces and lip smacking cuisines that delight travelers with their utmost grace and elegance.

The city looks no less than a photograph from the top of Mehrangarh Fort. Again, the elevated road to Umaid Bhavan Palace raises an excitement to see its architectural marvel.

Salim Singh Ki Haveli: Founded around 300 years ago, the Haveli has been named after Salim Singh Mohta, its owner. It was made out of the ruins of an older haveli near the Jaisalmer Fort that belonged to the 17th century.

Jai Pol: Jai Pol is located 5 Km away from Jodhpur. The name of the place means ‘the gate of victory’. Its structure stands for the past Glories of the region. The construction of Jai Pol is the most famed amidst the seven gates of the Mehrangarh castle.

Mehrangarh Fort: Mehrangarh Fort is the largest citadel in India. It is just 5 Km away from the heart of Jodhpur and is considered as the most alluring place amongst all the excursions from Jodhpur.

Baba Ramdev Temple: Widely known as Ramdeora Temple and one of the important holy attractions of Pokaran in Ramdevra. Baba Ramdev Temple was built in 1931 AD around the last resting place of Ramdeoji by Maharaja Ganga Singh of Bikaner. It is devoted to a folk-deity in the state, Ramdeoji who was known to be the rebirth of Lord Krishna and was believed to hold magical powers.

Mahamandir Temple: Built in 1812 and standing as one of the prime attractions of the city of Jodhpur is the Mahamandir Temple. It is well known for its marvelous piece of architecture that stands on 84 beautifully carved pillars. These pillars display intricate stone carvings that depict yoga postures. The walls of the temple are designed with traditional motifs as well that have an amazing royal aura about itself.

The Fort of Pokaran: Widely known as ‘Balagarh’ and located just 50 Kms from Dechhu in the Thar Desert, The Fort of Pokaran is one of the major attractions in the region. This wonderful fort was built by the tribe of Rathores in the exceptional yellow sandstone. There are various other important establishments like Mangal Niwas, Hawa Mahal and Phool Mahal etc.

Jaswant Thada: Situated around half a kilometre away from the Mehrangarh Fort, Jaswant Thada is a beautifully constructed white marble cenotaph of Maharaja Jaswant Singh II. Also known as the Taj Mahal of Marwar, it was built as a memorial for Maharaja Jaswant Singh II by his son Maharaja Sardar Singh in 1899. Showcasing architectural brilliance of Rajputana era, the monument is built like a temple with beautiful jalis (carved marble lattice screens).

There is a terrace in front of the cenotaph that offers breathtaking views of the surrounding area. The memorial has a multi-tiered garden and a small pond that adds up to its beauty. Visitors can also admire elegant paintings and portraits of the former rulers of Jodhpur which adorn the walls of the memorial. 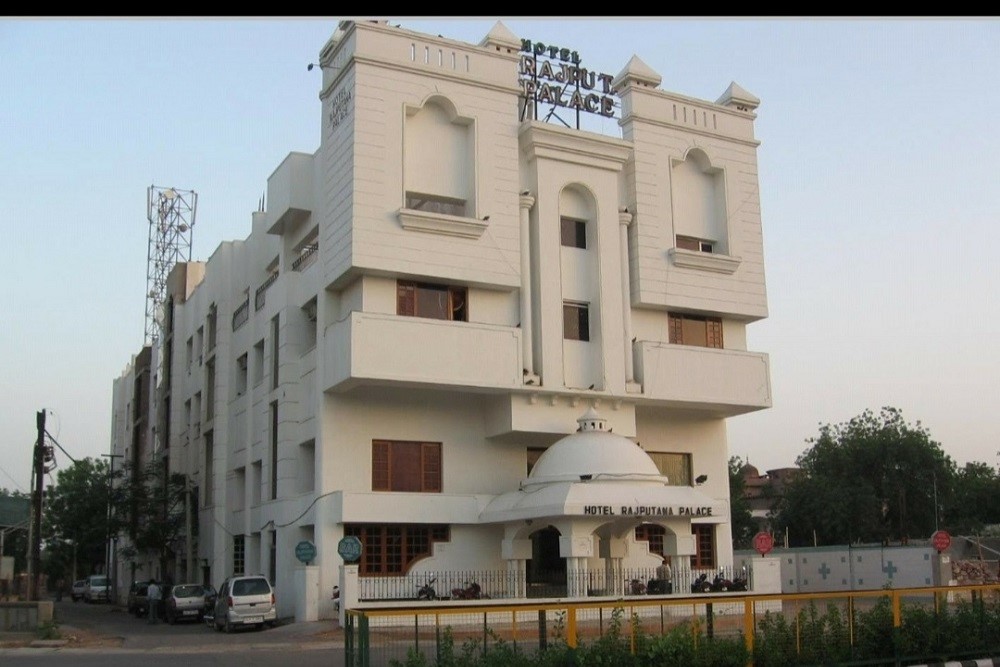