A major religious destination in Jammu, Katra is situated at the base of Trikuta mountains. For the people visiting the sacred shrine of Mata Vaishno Devi, Katra serves as a base camp for the devotees.

The expedition to the shrine from Katra is a 13 km walk, with beautiful views of the snow capped mountains all along. This prime tourist destination is easily accessible from all major cities and has many religious places for sightseeing like Charan Paduka, Geeta mandir and Bhairo Mandir.

An easily accessible town from Jammu city, Katra is well connected through road and rail transport. The town is dotted with numerous hotels, guesthouses for people to set their base before starting their divine expedition to the holy shrine. Apart from sightseeing there is also a quick shopping possibility in the bustling markets for Kashmiri handicraft items, dry fruits and woolens that are exclusive to this region.

The holy town is bustling with tourists round the year, though the best time to visit it is from March to October. Though temperature can soar to about 40°C in May and June.

The temperature starts dropping on the arrival of monsoons from mid July till mid September. It is comfortable to travel in this period but there are chances of landslide due to rains.

Winters arrive in October and last till February and one must surely carry woolens along as the temperature drops significantly. However, the snow capped views are extremely scenic and apt from a sightseeing perspective.

Katra is a well connected town particularly through road and rail network. There are direct buses available from key cities and towns of northern India like Jammu, Amritsar, Chandigarh, Pathankot, Delhi, Dharamshala and many more.

Katra was recently connected with rail network through the Jammu-Udhampur-Srinagar-Baramulla railway link having a dedicated railway station. Many direct trains from Delhi are now available on this link. The oldest and important Jammu Tawi railway station is the other nearest railway station that connects the major cities and towns of the country to this holy town.

The nearest airport to Katra is Satwari airport in Jammu which is about 51 kms away and connects all the major cities of India. One can hire cab from the airport to reach Katra.

There are many popular tourist attractions in Katra. Mata Vaishno Devi shrine is the prime attraction and is second most visited Hindu pilgrimage destination in the country. People from all over the world visit the holy shrine that is considered the most important Shaktipeeth as it is believed that the skull of Goddess Sati fell here. The Goddess is in the form of a five and a half feet tall rock that has three heads or the pindies. The pilgrims offer traditional offerings like chunri, dry fruits, silver and gold ornaments, etc
The holy cave was discovered by Pandit Sridhar, a Hindu priest who was instructed by the Goddess in the dream to find her abode on Trikuta hills. The priest followed her instructions and found the cave at the said location. The goddess blessed him with four sons and made him the custodian of the cave, a commitment followed till date by his descendants.

Charan Paduka is the other popular tourist attraction who visit the holy shrine. It is the stop where the Goddess is believed to have stopped to check if she was still be followed by Bhairon Nath, the disciple of Mahayogi Guru Gorakshnathji. In the temple, the feet impression of Mata Vaishno Devi can be seen on a rock slab. The temple is situated at a height of 1030 m and is short distance away from Banganga.

Banganga is the next important religious site where the devotees in Katra like to take a dip before continuing the Mata Vaishno Devi yatra. The river is an important tributary of the Chenab river and got the name from two words Ban meaning arrow and Ganga which stands for the sacred river Ganga. As per the legend, the goddess was accompanied by a monkey / langoor while heading towards the Trikuta hills. When he felt thirsty, the goddess shot an arrow on the ground and a spring sprang up which is named Ban ganga. It is also believed that the goddess washed her hair in the water of the holy river and that’s why it is also named Bal ganga.

Bhaironath Temple is located at a distance of about 2 km from the main shrine at the height of 6619 feet. As per the mythological story, a tantrik named Gorakhnath appointed his disciple Bhaironath to check on goddess Vaishnavi secretly. Bhaironath was enchanted by the divine beauty and wanted to marry her. The goddess fled away to the Trikuta hills, but Bhaironath was finally successful in locating her after nine months. The infuriated goddess blasted an opening at the other side of the cave with her trident and beheaded Bhaironath outside the cave. The place where Bahironath’s cut-off head fell is the place where the Bhaironath temple is situated. It is said that the boulder at the mouth of Vaishno Devi shrine is the torso of Bhaironath. On his death Bhaironath sought forgiveness from the goddess to which she kindly obliged. She granted him a boon that the pilgrimage to the Vaishno devi shrine will not be fruitful without paying homage at the feet of Lord Bhaironath.

Himkoti is situated about 2.75 km from Ardh Kuari and is about 8.75 km away from Katra on the new yatra track from Darshani Darwaza, While there is no religious or traditional significance of Himkoti, the natural splendor beckons hordes of pilgrims en route the shrine. It is an ideal halting point for the pilgrims to relax in the vicinity of nature. An artificial pond and attractively landscape garden is created to the ethereal beauty of Himkoti.

Jhajjar Kotli is situated about 15 km from Katra is a tourist complex established on the banks of river Jhajjar. It is a picnic spot extremely popular among the tourists visiting Katra and Srinagar. The scenic locales, cool and crystal clear waters of river Jhajjar, revitalize and rejuvenate the people visiting this beautiful spot. The ancient Rani ka Talab is an additional attraction near the Jhajjar Kotli.

Baba Dhansar Temple is situated about 36 kms away from Katra. A holy Karua jheel in Reasi district is located in the proximity and has an ancient shrine dedicated to the mythological son of Sheshnag, the heavenly serpent of Lord Shiva. A temple dedicated to Baba Dhansar and a cave of Lord Shiva are placed close to Karua Jheel. The waters of Karua Jheel are extremely sacred but bathing isn’t allowed. The devotees of Lord Shiva believe that if one takes a dip in the holy waters and pray with full devotion then all the wishes are rewarded by the blessings of Lord Shiva. An annual fair is celebrated at the Baba Dhansar temple on the occasion of Mahashivratri every year when devotees throng the place.

The holy cave abode of Lord Shiva, Shiv Khori is situated at about 70 km from Katra. It is well connected by road from both Katra and Jammu by cab and bus. The wondrous cave is a marvel and measures about half a kilometer in length. It has a naturally formed Shiv-lingam at the heart of the Sanctum Sanctorum that is about 4 feet high. The cave is in the shape of Lord Shiva’s damroo which is wide at the ends and narrow at the center. There are many other natural features in the cave like the naturally dripping milky water from the top on to the Shiv lingam symbolizing the eternity of the holy river Ganga. The place hosts a major fair on Shivratri. 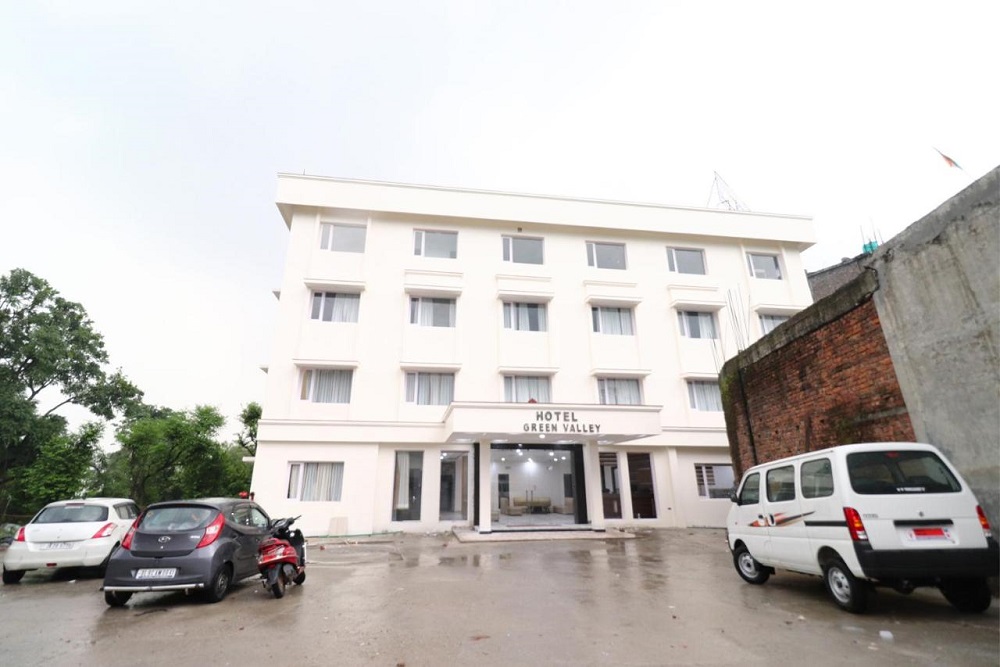 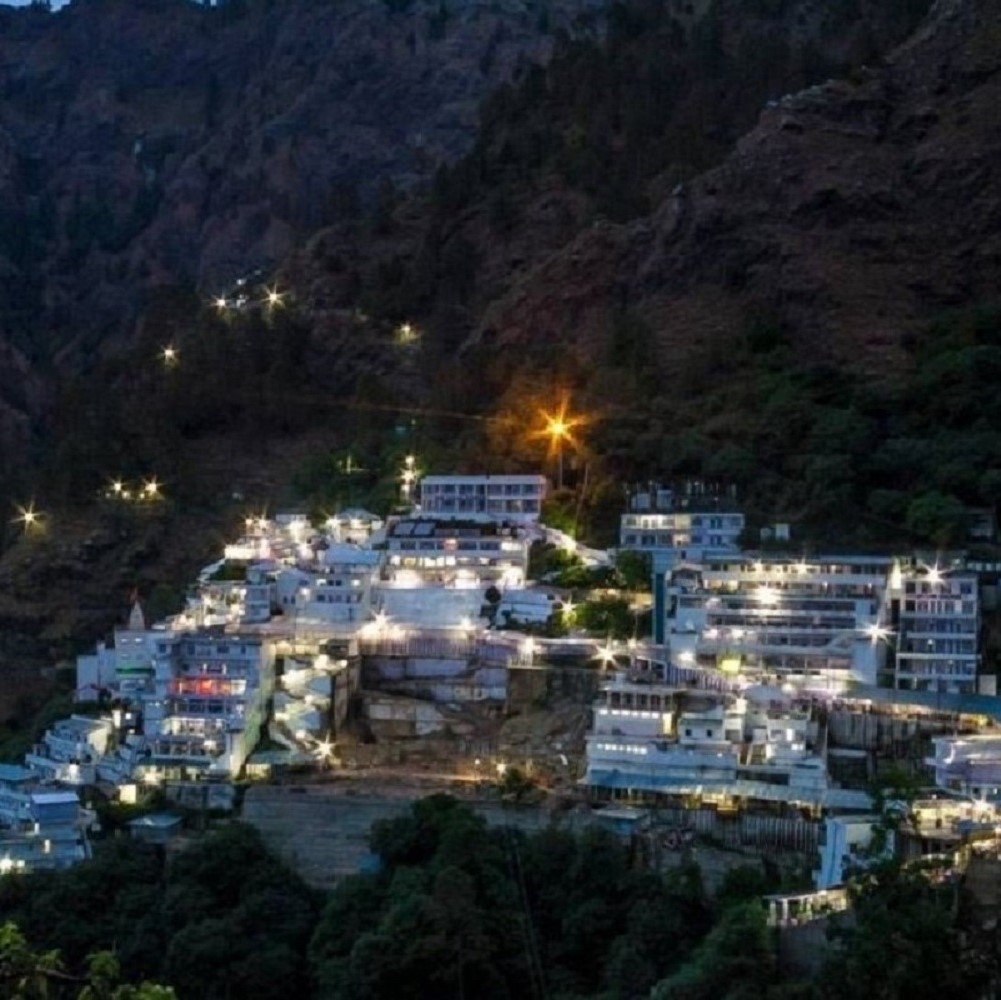